In Memoriam: Per Hyltoft Petersen

In January 2022, we lost a great light in the constellation of quality leaders of laboratory medicine. We mourn the passing of Per Hyltoft Petersen.

In Memory of Per Hyltoft Petersen, PhD 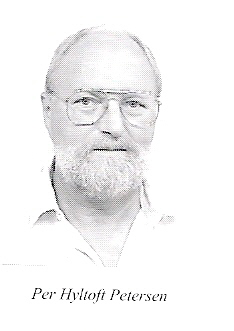 We are sad to report that Dr. Per Hyltoft Petersen passed away January 15, 2022. Per was a prolific researcher and authored many many papers in the clinical chemistry and laboratory medicine journals. He was a long-time colleague and friend from Odense University in Denmark. We met when I was on sabbatical in Sweden working with Carl-Henrik deVerdier, Torsten Arronsson, and Torgny Groth. Per worked with Mogens Horder at Odense University. Dr. deVerdier and Dr. Horder became involved in some NordKem projects on quality goals and quality control, which then initiated work projects where Per and I met. At that time, we were “young” clinical chemists eager to learn from the established Scandinavian leaders and happy to participant in the NordKem projects on “Assessing Quality Requirements in Clinical Chemistry” [1980] and “Quality Control in Clinical Chemistry – Efforts to Find an efficient Strategy [1984]. That led to Per spending a semester working with me in Madison and then later to me spending a semester working with Per in Odense.

Per will be remembered for his use of graphics to convey the results of detailed and complicated statistical analyses. For example, our collaboration led to the development of the “Chart of Operating Specifications” (OPSpecs Chart) that showed the relationship between the Total Error that was allowable for a test, the precision and bias of the testing process, and the quality control procedure that was needed to guarantee the intended quality would be achieved in laboratory operation. Close colleagues came to recognize his figures and slides without the need for any identification of Per as the author. Sometimes complicated statistics also led to complicated graphics, of which Per was the master.

Per’s interest in quality goals led to a long-time collaboration with Dr. Callum Fraser from Scotland and later with Dr. Sverre Sandberg from Bergen, Norway. He also had many collaborators in Denmark such as Dr. Ivan Brandslund and elsewhere in Europe, such as Dr. Henk Goldschmidt from The Netherlands. Henk organized a 20 year series of meetings on Quality in the Spotlight, where Per was a frequent speaker.

When Henk informed me of Per’s passing, he commented that “based upon his solid statistical knowledge Per was capable of talking to all involved without being carried away in political and emotional disputes. A quote from one of his many mails: ‘It is fine to disagree as long as both (all) parts are working positively for a solution.’ Stubbornness and open-mindedness were two qualities that Per managed to combine. His contributions towards the field of laboratory medicine are numerous despite the fact that some of them were difficult to understand. His legacy will stand and last, for sure.”

On a personal note, Per was responsible for stimulating my interest in antique maps. He had a collection of maps of Denmark from 1600 to 1800 that showed the changes in shape of Denmark, particularly the islands around Funen where he lived. Seeing those maps led me to buy my first map of the Uppsala region as a memory of our time in Sweden. In later travels, I found it easy to explore the shops of map dealers and take other remembrances home with me. Many of those maps are displayed in my office and home and are a constant reminder of Per’s influence and the many happy times we enjoyed when we met at conferences around the world.